skip to main | skip to sidebar

It’s safe to say that the lads and I are excited about having a bash onstage again.  I wonder if we hold the record for time off?  Certainly, every band and his brother seems to have reformed; it's like a contagious disease all of a sudden, but with over 30 years since the Squeezing Out Sparks tour, officially our last, this reunion surprised me as much as it probably surprised everyone else.
Just for the record, I had no intention of doing any of this.  I did however have an idea that doing an album as a three-piece with Steve and Andrew might be a good idea musically, after doing a few too many in a row with me playing all the guitars and recording the basic tracks with just a drummer behind me.  I e-mailed the rhythm section with this in mind and both guys were up for it.  Then Steve made a little joke about how it would be good to get Martin, Bob and Brinsley, "...that'd be a proper band," he suggested, then said something like: "Kidding!"  Well, maybe he was and maybe he wasn't, but without thinking (you can't think in these situations) I went to the e-mail machine and posed the idea to those three.  Perhaps I did it in a fit of pique, a sort of "I'll show that Goulding!" idea.  Something weird overcame me anyway, and judging by the swift "Hell yes!" replies of the band members they didn't think it through any more than I did.  Damned if I wasn't stuck with it.
Well, I had enough songs written, although I couldn’t see what any of them had to do with a Rumour reunion, but there again, as someone pointed out to me recently, I didn’t write “Howlin’ Wind” for the Rumour, either.  They didn’t exist then.

It couldn't have been more than two weeks after this (April or May 2011) in which time I'd managed to fix a date for recording and get the engineer/co-producer and studio all lined up, that Judd Apatow got hold of me and we set up a meeting.  As he gave me a rough outline of the script he was working on and my possible involvement in what became "This Is 40," I of course sprung it on him that me and the Rumour would be doing a new album in a few months time.  How fortuitous, right?  A week later Judd is telling me he wants me in his movie, playing myself, and that he wants me and the band in Los Angeles sometime in August/September for a two-day shoot.  This does not happen to me.  What happens to me is that I make albums, three blokes in duffel coats with nasal infections become strangely excited, and everyone else goes home for tea and crumpets.   Well, might as well come back with a bang for once, right?
In Los Angeles, a marvelous time was had by all, and playing onstage with the lads again (in a beautiful old theater called the Belasco in downtown LA) was something I'll never forget, especially having to sing numbers like "Protection" over and over again at 9 in the morning.  (And on my other visits there for my alleged “acting” parts, finding myself in make-up with Albert Brooks on one side of me and John Lithgow on the other — to name-drop just two of the fine talents on display in the movie — was quite interesting, too.)
So, a few gigs are in order.  The Birchmere and the Ramshead are almost sold out and I'm hearing that ticket sales are off to a decent start in some locales (there again, I hear a lot of things), so get a jump on it.  I have no idea if this will ever happen again.

Also, I might add that although hardcore fans are used to me appearing at the CD table for signings and generally having a good yak after the show, this won't be happening on a tour of venues that are considerably larger than my usual hangs.  So please, vinyl monkeys, leave the collection at home.  This will be tiring enough for this old bugger and I will most probably be vanishing from the premises as soon as show time is done, possibly wearing a cape and a ski mask.  You can always catch up with me when I’m back in the venues that have the words “Café” or “Coffee Shop” in their title, which I undoubtedly will be, because water always finds its own level.
Talking of merch, you may be interested to know that for the first time ever, there will be GP/Rumour T-shirts on sale, plus key rings, and of course “Three Chords Good” in both CD and vinyl formats
On another note, the GP documentary, which, by the nature of this new beast had to have some stuff added to it, including me and the Rumour filmed for the very first time working in the studio and in LA at the shoot (the entire “Three Chords Good” recording sessions were filmed by the Gramaglia Bothers at Mr. Apatow’s prompting), has had its release date delayed yet again.  I’m sorry this thing has taken so long after so many chipped in to the Kickstarter fund so long ago, but it should be worth it in the end.  It will come out, and with all this other stuff going on, 2013 seems more suitable a release period now.

Then there’s “This Is 40.”  I’ve been to a screening.  It’s excellent, really exceptional I thought (here I could blather on about Judd Apatow and Jonathan Karp, the music supervisor for the film, and all the people I had the great privilege of being in the same space and time with on so many occasions, but maybe that’s for later down the line).  The movie opens in cinemas December 21st.  I’d advise getting to the matinee performance because apparently the world is coming to an end on that day.

My last sighting of GP & The Rumour was in the Hammersmith Palais during the Up Escalator tour more than 30 years ago. Any plans for the reconstituted Rumour to play some shows in the UK?

jpeenbThe closest I got was mates from school seeing Brinsley Schwarz at Mansfield Civic Theatre - so give us a few UK dates whilst I still know what's going on - I won't be able to keep that up for much longer.

We are doing a reunion ourselves to see the shows in Santa Cruz and San Francisco. 3 friends from the UK reuniting to celebrate (if that's the right word) turning 50 and catch a couple of shows.

I list as one the absolute best live shows I EVER saw (and heard) was Graham Parker & The Rumour at the Commodore Ballroom in Vancouver in 1979 doing the complete Sqeezing Out Sparks album. One highlight (in an odd way) happened during the last chorus of "Nobody Hurts You" when Bob Andrews was 'moved' to leave his keyboard to stand next to GP and 'duet' (or hog the mic!) during the last chorus. I thought GP looked a little annoyed by this display, but I loved it. It seemed therapeutic and/or cathartic for Bob and at the same time fitted the lyrics of the song to a tee! The Rumour were so together and each individual member was definitely at the top of his game. It was so uplifting and surreal! I could go on...

I became a GP fan when The Up Escalator came out, which must have been about two weeks after GP and the Rumour broke up. I kept waiting for them to tour NYC but they never came. There was no tour! Since then, I've seen GP many times, in all forms. I can't believe that I am finally going to see GP and the Rumour -- and they all look so old! The first show of the tour is in Tarrytown, NY, 10 minutes from my home. I'll be in the 6th row, with my Graham Parker and the Rumour T shirt, living the dream. Graham,if you read this, how about "Hold Back the Night" and -- my favorite song of all time -- GP and the Rumour's version of "I Want You Back." Bring it, Graham!

Does anyone know when (or if) Three Chords Good will be available in the UK (other than as an import)? I'd like to buy it as an MP3, but can't buy it from iTunes or Amazon.co.uk.

I've asked http://www.primarywavemusic.com but had no reply.

Proud to have e memory of seeing GP/Rumour on Sparks tour, then leaving Montreal Forum at set's end rather than stay for Cheap Trick

Have you any plants on visiting Sweden at any time? Would love to see you playing here!!

Just saw your show at the Newton Theatre. FANTASTIC!

What an incredibly fun evening of great music at the Roxy in Hollywood Tuesday night. Good to have you guys back in the old stomping grounds. And thanks to Judd for having Ryan and Lindsey on board as well. Quite a night.

The new songs are fantastic and I hope you guys get back around these parts before another 31 years flies by. Cheers!

Sparks tour, Hammersmith Odeon 1979 (I think). Best gig I have ever been to. I was the one with all of the others bopping around. Please , please come back to the UK on tour - it's been far too long. I've remained a dedicated fan. You are, sir, one of the finest wordsmiths to come out of London town. It's calling you back.
Have a fantastic Christmas. x 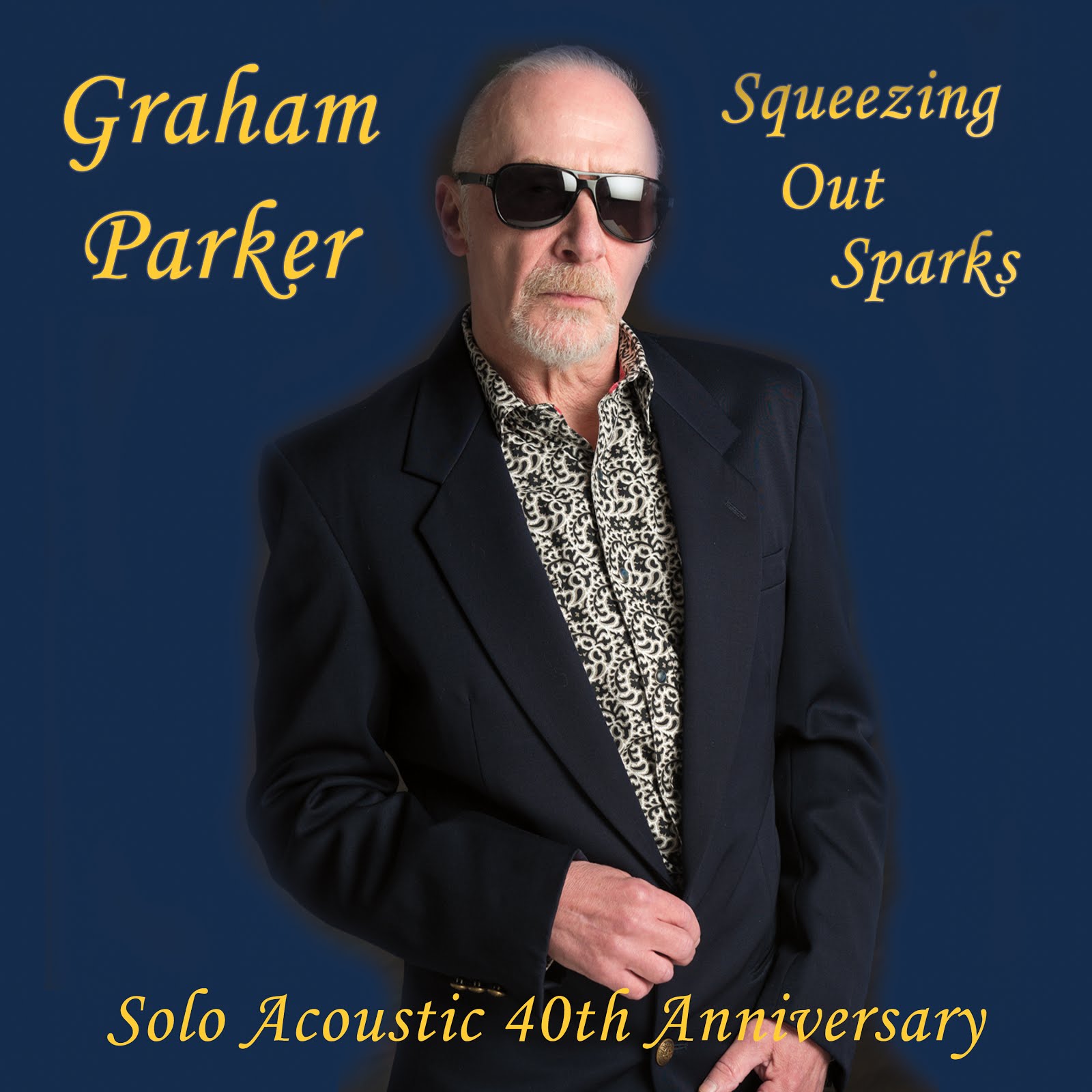 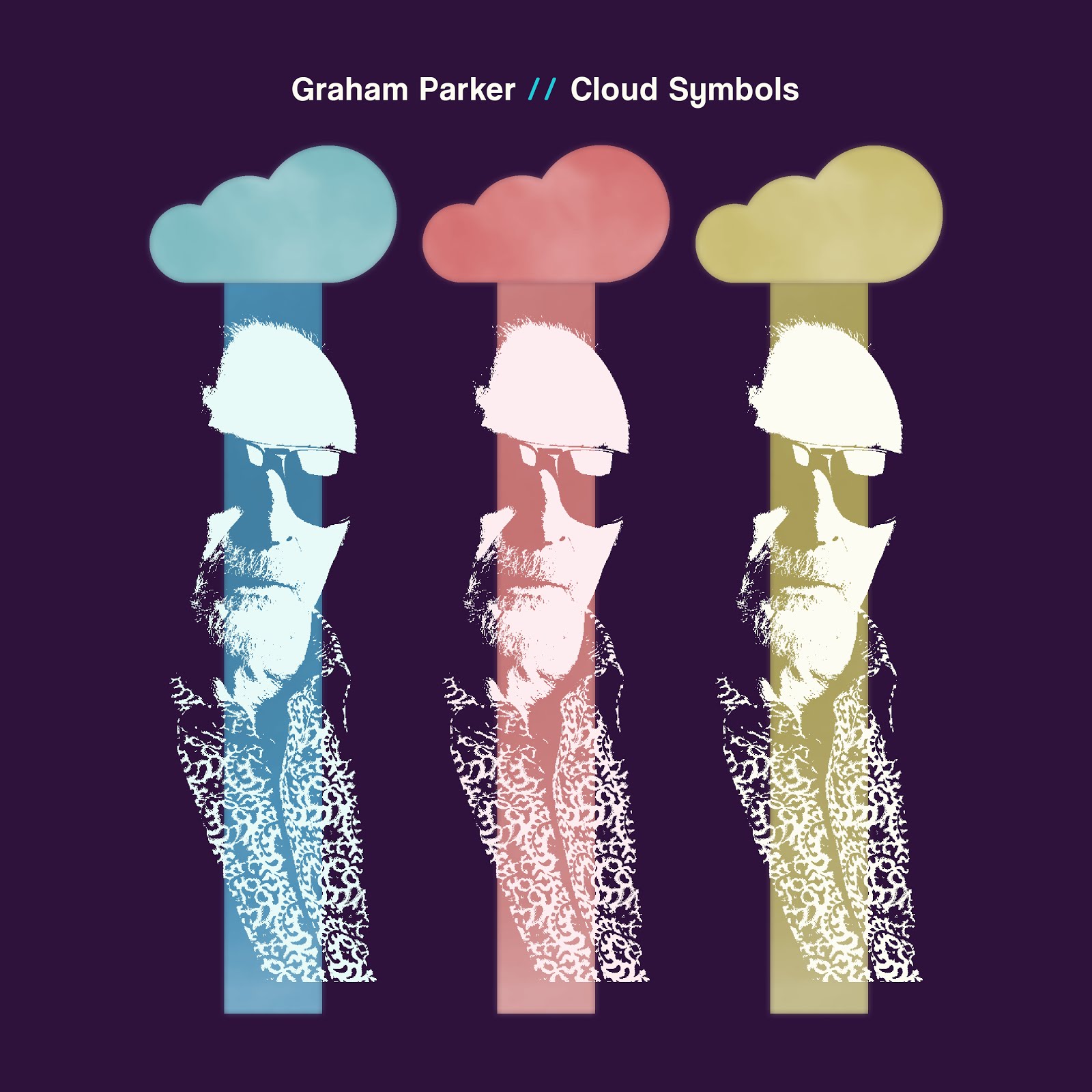 The Thoughts of Chairman Parker

Being a column, or blog if you will, by renowned musician/singer/songwriter/author GRAHAM PARKER.

For nearly 30 years, Graham Parker has been slinging a signature sound across continents and airwaves that has rightly earned him a spot in the pantheon of truly original and influential figures in rock and roll. Since his early days with his band the Rumour (with whom he has two albums in Rolling Stone’s “Top 100 Albums of All Time”), Graham has coupled punk’s energy with his deeply rooted love of American R&B, country and soul music. He’s got a snotty barroom brawler’s rasp and sneer, a soulman’s swagger and an ear for indelible hooks and pop songcraft.

Live Alone At The Freight And Salvage! 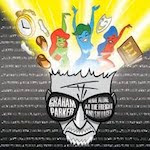 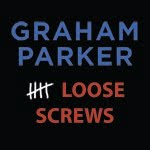 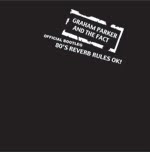 Carp Fishing On Valium - The Songs